Just added to your cart

My wife and I traveled to Florida this past weekend with our Gladius Mini to explore an underwater cave known as Eagles Nest. Eagles Nest is located in west-central Florida, outside of Weeki Wachee in the Chassahowitzka Wildlife Management Area. After finally getting to the end of a seemingly endless dirt road, we were presented with the Eagles Nest Sink dive site. At first glance, the water appears to be very dark, and not unlike any other pond you can find in Florida. What's truly stunning about this location is what lies below the surface of the water; A network of caves reaching depths of 300 ft with complex passageways which open up into impressively massive chambers. Unfortunately, with a cave this complex comes great risk and even greater skills necessary to overcome the challenges waiting below the surface. Eagles Nest has claimed the lives of at least a dozen experienced divers since 1981.

As we are not experienced cave divers, nor do we have the guts to pull off a feat like Eagles Nest, we decided to bring along the Gladius Mini and make the drone show us what we were missing out on as we sat safely on the dock. We approached the dock to get set up and noticed only one other person was here. It didn't take long for us to realize he was using a FIFISH V6 and was about to explore the cave. This fellow drone user was live streaming via the HDMI Box to a boat monitor that he had set up on the side of the dock. This allowed my wife and I to get a First Person View of what the FIFISH was seeing as it started it's descent into Eagles Nest. Since the weather had been unusually bad recently, the water level was much higher than normal and the water was eerily dark. Once the FIFISH made it's way to the mouth of the cave and deeper, the water levels became more clear but no less creepy.

At these depths, natural light is unable to penetrate the water. This means that the cave is quite dark and completely disorienting. The lights on the Fifish illuminated the cave, allowing us to see all of our surroundings. The FIFISH can move with 360 Degrees of panning, tilting, and rolling. This allowed our new friend to  look around the cave with confidence and explore something we both otherwise wouldn't be able to see. We saw bizarre rock formations, fish that seemed to be purposefully avoiding the light, and lots of daunting cracks/crevices that didn't seem to have an end. Much like cave divers, the FIFISH has a tether that helped show the way out and served as a "breadcrumb" to the surface. As the 100m (328ft) tether was nearly out of line, and the battery was getting lower it seemed time to bring the drone back to the surface and call it a day. This is where things turned for the worse.

Upon bringing the drone back to the surface, the three of us quickly realized the tether line was stuck on the dive cable leading into the cave. You can see in the photo here, that the FIFISH tether had clearly wrapped around the dive cable at some point. 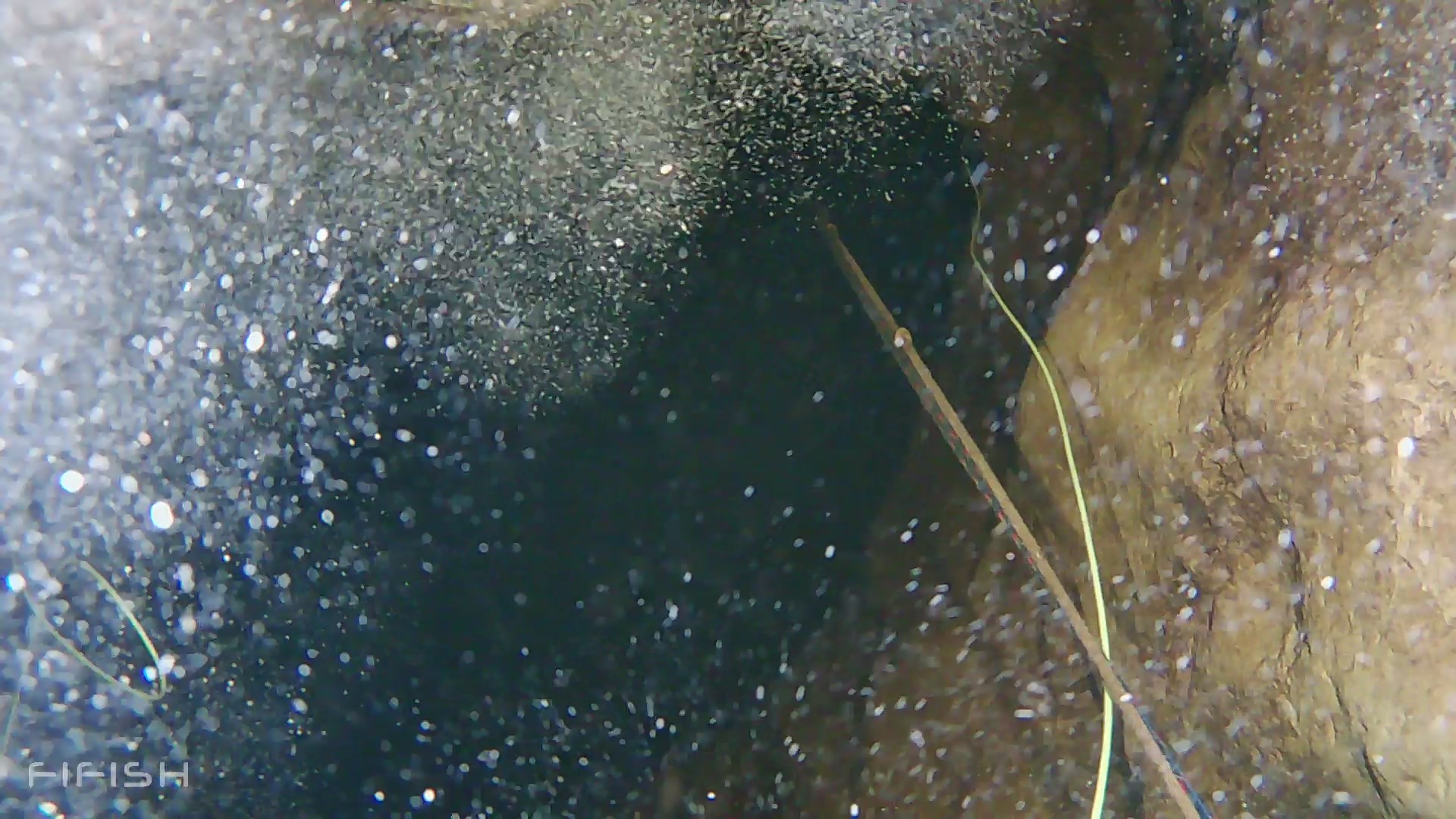 With the battery levels already low and not knowing where or how many times the tether was looped around the dive cable, it didn't seem wise to bring it back into a cave and go any deeper where we would most definitely lose sight of the drone. Using his kayak, the owner of the FIFISH, paddled out to the center of this dark water and began to look down to see if he could see the lights coming off his drone. The FIFISH V6 app showed us 2 critical things; First, the drone was roughly 15 feet down and second that it was facing up (so we could see the lights). He was able to locate the drone and tried to use the thrusters to bring the drone to the surface, but unfortunately, we couldn’t pull the dive cable up since it's anchored to be flush with the bottom. This is when we realized it would take some free-diving to get the drone back. We didn't have any fins or goggles with us which would make seeing and retrieving the drone much harder. Luckily, I grew up in Florida and always had a fascination with free diving. I jumped into the water and swam out to his Kayak to start looking for the now dying lights of the FIFISH. As a cloud moved in front of the sun, we were able to see past the reflective surface of the water and spot the drone. I kept my eyes open as I kicked down into the water towards the drone, but instantly lost sight of the lights. It was too green and brown to see anything without goggles. I knew I had to be on top of the drone still, so decided to keep kicking further into the water where it started to get colder, deeper and even creepier. Finally I spot the lights and quickly followed by the bright yellow body of the FIFISH only a few feet in front of me. I grabbed hold of it and brought it to the surface to see the owner sitting there laughing in his kayak that we actually got it back. 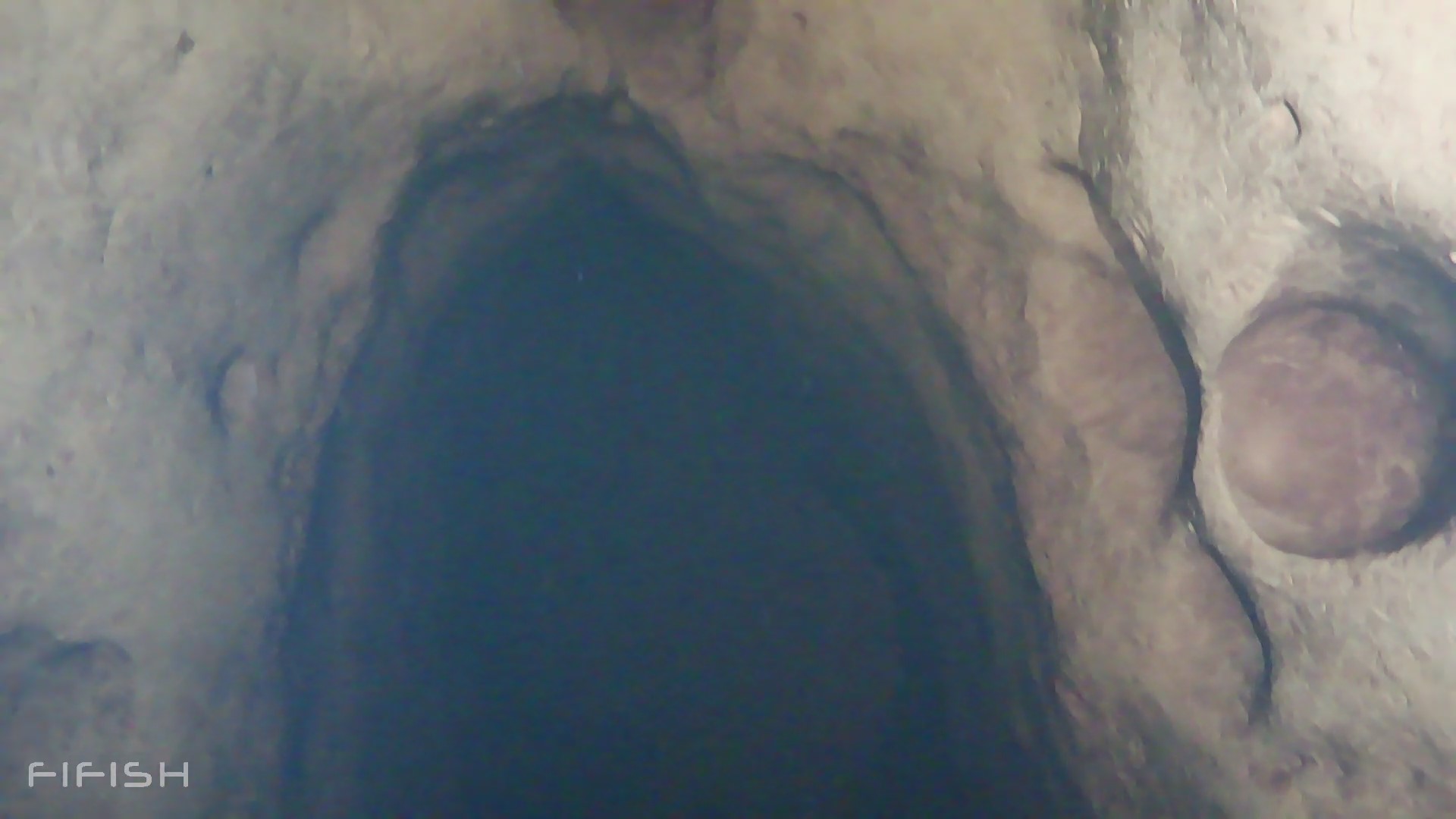 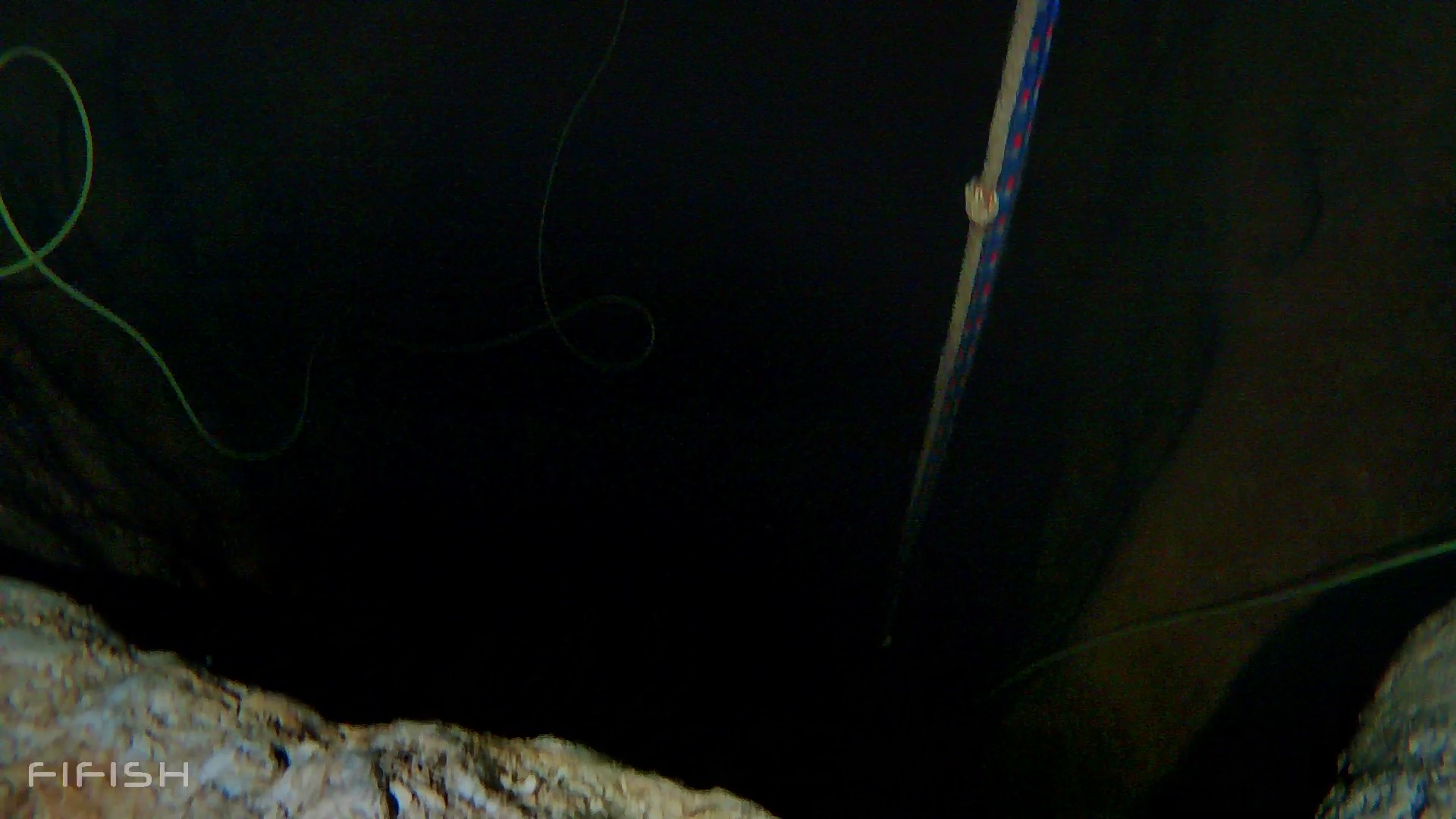 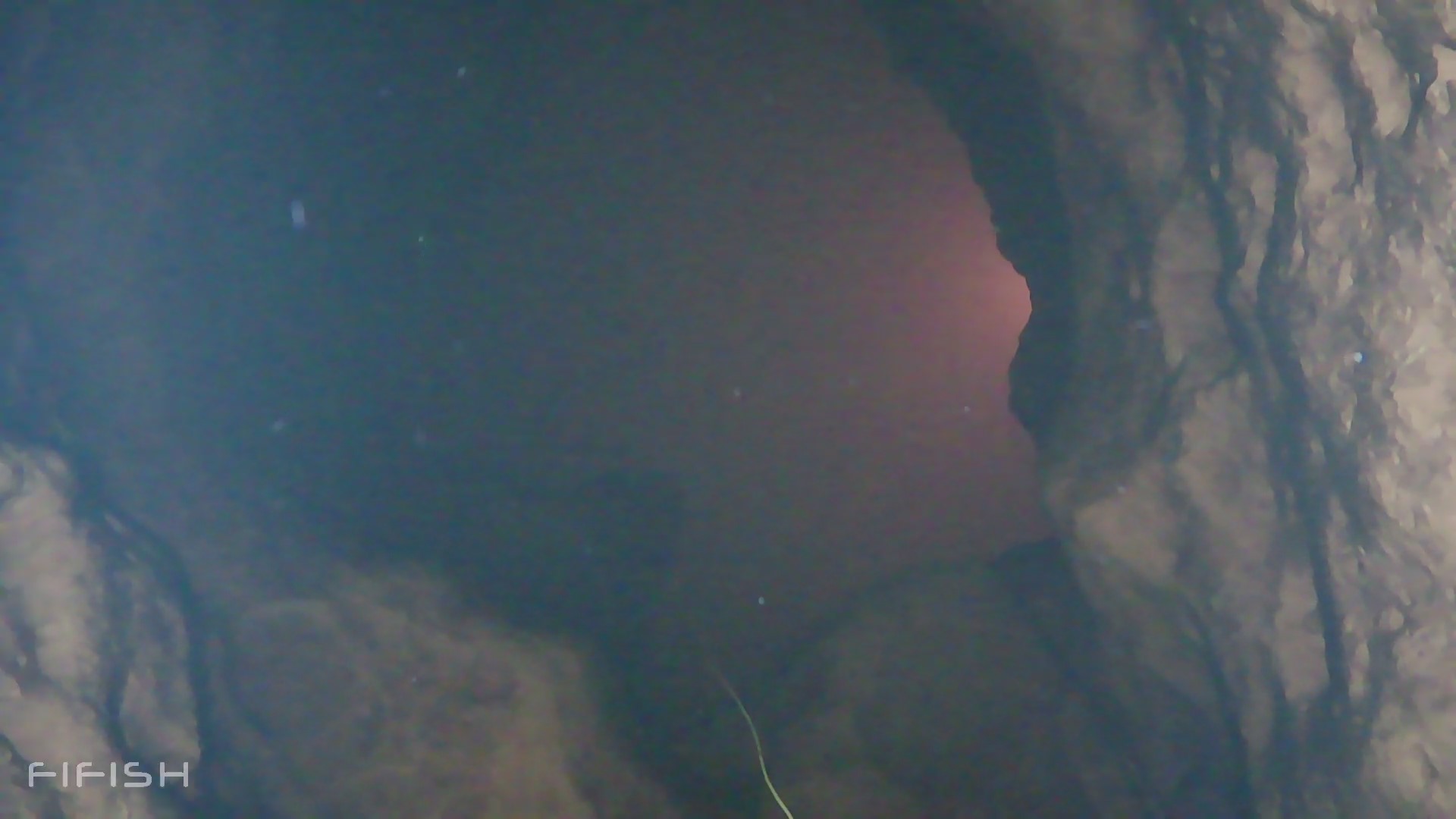 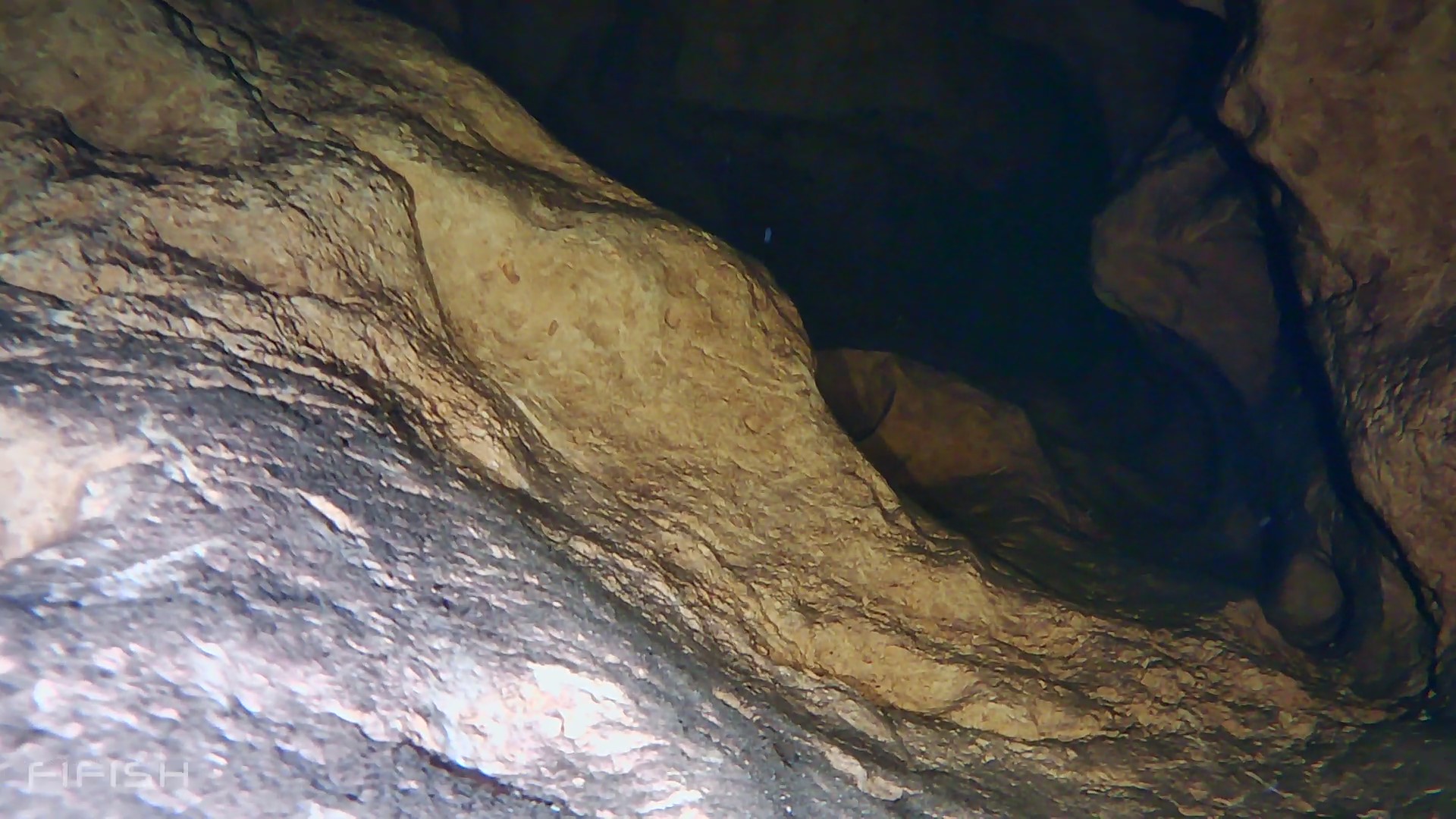 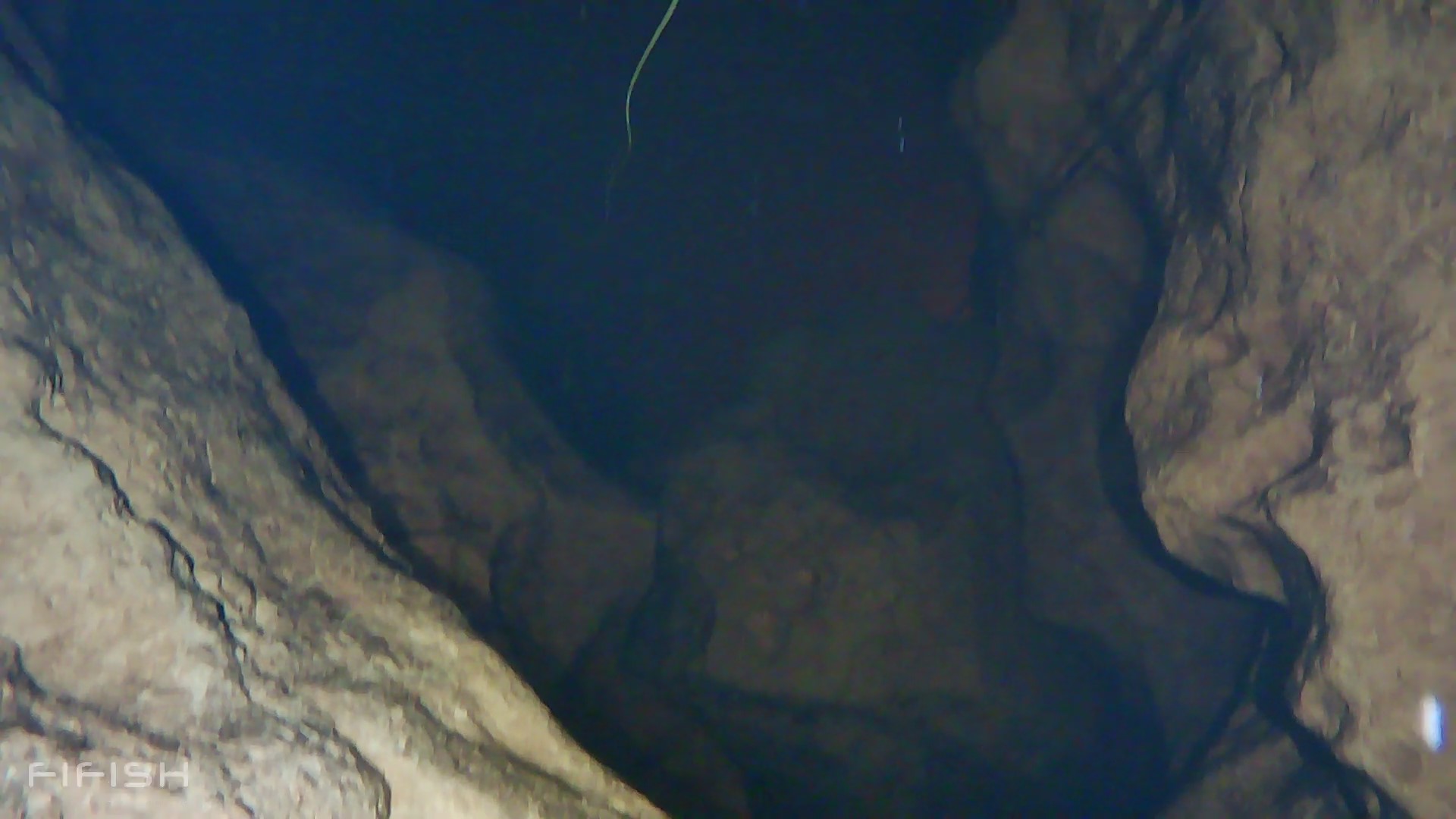 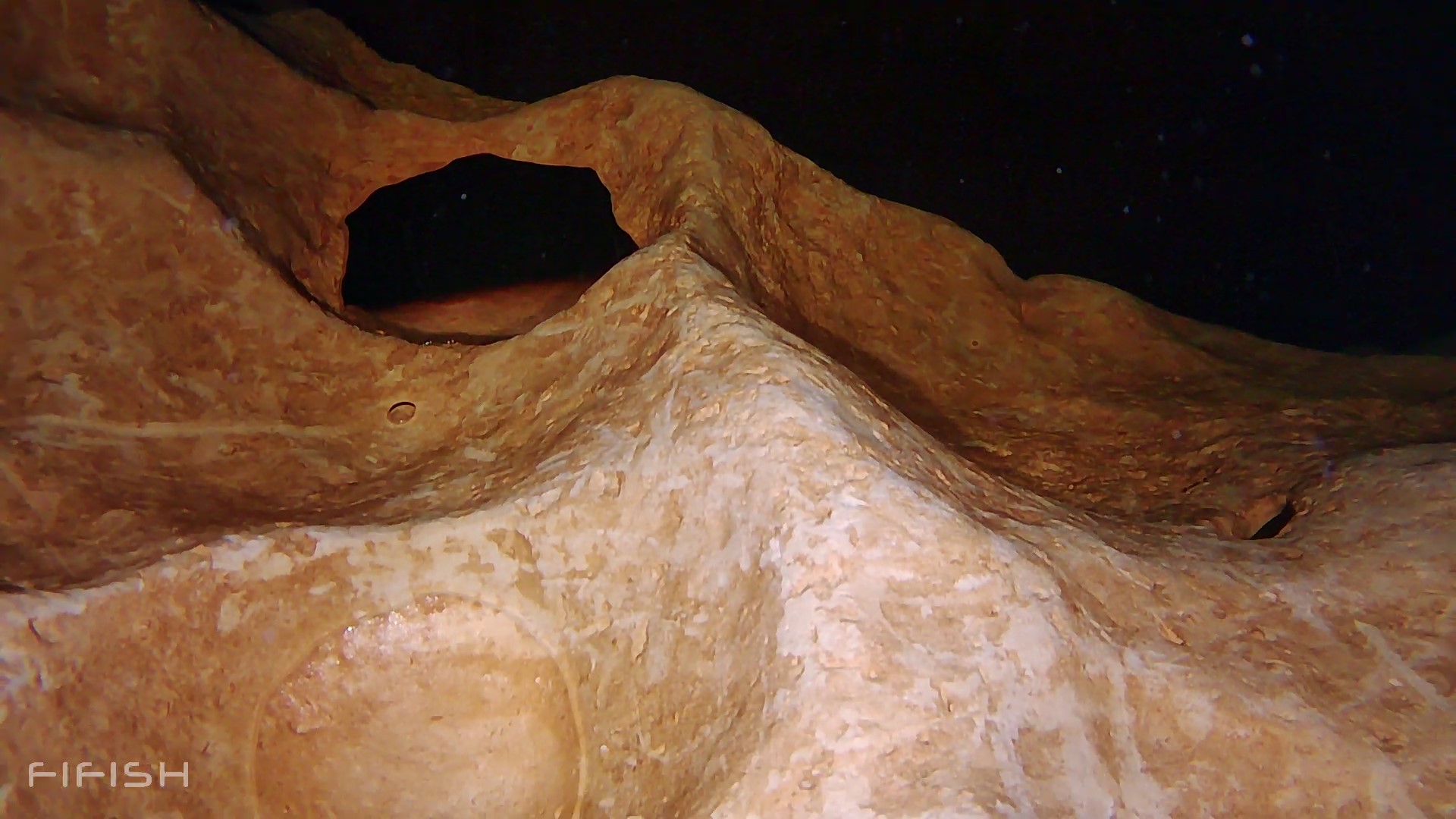 A short swim and paddle back to the dock and we were greeted by about 6 people that had been watching the entire thing unfold. The owner of the FIFISH was unbelievably thankful for the help in getting his drone back and as a thank you, he gifted us all the footage he captured at Eagles Nest. We did put the Gladius Mini in afterwards, but decided to keep it outside of the cave and grab some fun & safe fish shots! We hope you enjoyed our latest adventure and video! What's your craziest drone story? We'd love to hear about it!